Explanation of “I Don’t Want to set the World on Fire” – it’s all about the “pinky”!

At the last meeting I tried to “stretch” people to playing “I don’t want to set the world on fire”.

I dont want to set the world on fire – click here for music.

First sticking point: The original Inkspots version is actually too slow for any sane person to attempt to play.

It’s horribly slow. So I try to play this a little faster – in order to not fall asleep between notes.

Ebdim is enough to give you nightmares unless you think about it from a different angle.

Here’s the trick: Play the C chord, at the start of the song,  with you little finger. Then at “on” you press down your first, middle and ring finger as if you are playing a G on the remaining three strings.

Ordinarily you’d be playing C with your ring finger, but to change from C to Ebdim – you need to play with your little finger.

Thinking of it this way – playing C with your little finger – make the Dm7 easy too. Simply keep the little finger on the C chord position and play Dm – this make Dm7 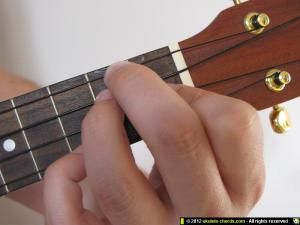 This is just a G& with that lovely little finger pressing down on the third fret of the C string.

Please try this. Once you’ve master the timing between C, Ebdim and Dm7 you’ll actually enjoy it.